In northern Germany, the root’s called meerrettich, or “more radish.” But meer also means “sea” in German, and the root originally grew by the Black Sea. In England, though, meer has been interpreted as “mare,” an adult female horse. In Sweden, horseradish—an odd name since it has little to do with radishes or horses—is called pepparrot or pepperoot.

In Austria, it’s called kren—meaning to cry. Now, that fits.

In the Lehigh Valley, and throughout the Northeastern seaboard and Mid-Atlantic region, we often call and spell horseradish Kelchner’s, a brand that made Bucks County home since 1938, but now Allentown since a bold expansion move in 2014. Today, the business’ “hot” spot couldn’t be more local—a significant factor: Curtailing the time the horseradish root goes from ground to shelf to table is key to its heat and flavor.

It’s not the root itself that’s hot, though. When bitten or ground, isothiocyanates are enzymatically hydrolyzed to yield allyl isothiocyanate, a natural defense mechanism that makes an intruder’s eyes water and nose burn.

“It goes wild and shoots off,” says Eric Rygg, the 38-year-old president of Wisconsin-based Silver Spring Foods, the parent company of Kelchner’s. “When it’s real fresh, it’s almost too hot. A week, or a month, down the line, it hits the sweet spot, so we err on the side of starting too hot.”

Kelchner’s, which was acquired in 2009, is known for its bite. Even its cocktail sauce is sharp. Shipped from Allentown it’s faster to the shelf. In demand, it doesn’t sit long. “One thing’s certain, once it’s processed and stored, it begins losing heat,” he says. “Horseradish isn’t wine: It doesn’t get better with age.” Rygg, formerly the fourth-generation family-owned condiment company’s vice president of sales and marketing, and before that Kelchner’s president, calls it “complementary heat.” Horseradish pairs well with seafood, roast beef, and prime rib. It conforms to the get-healthy trend: It’s a natural no cholesterol, no-fat, and gluten-free boost.

A year-round condiment, by June and July—National Horseradish Month—seashore sales skyrocket. The fall brings tailgating and its needs for flavor. Sales soar in November and December for the holidays, then pick up again for Easter and Passover celebrations. May starts grilling season.

He’s also moved to Wisconsin to get closer to his own and the company’s roots, returning to the “mother ship,” says Rygg, whose great-grandfather founded Huntsinger Farms, Inc., the world’s largest grower and processor of horseradish, and Silver Spring Foods in 1929. This is its 90th year in business. 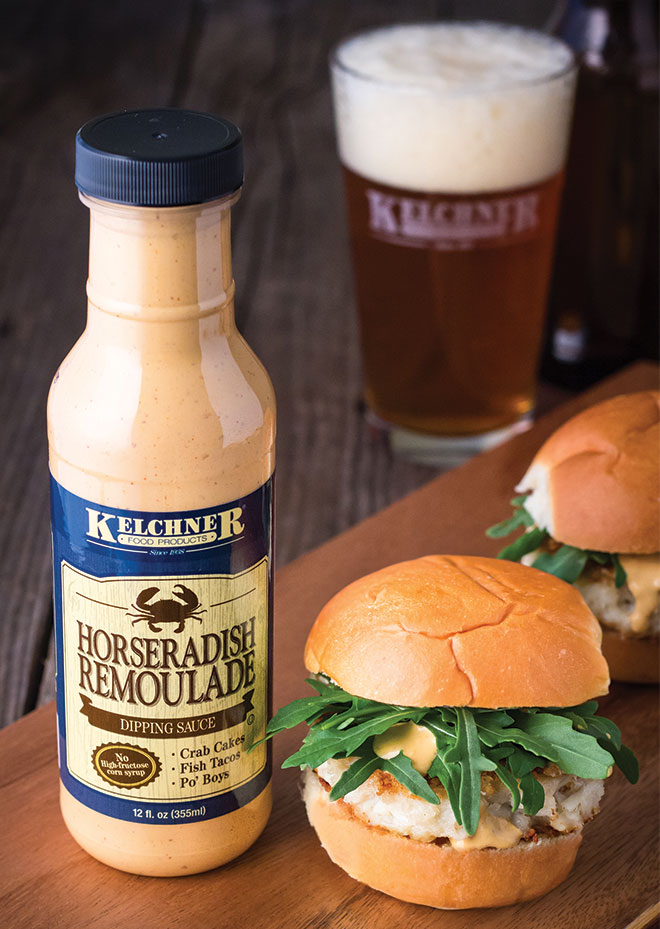 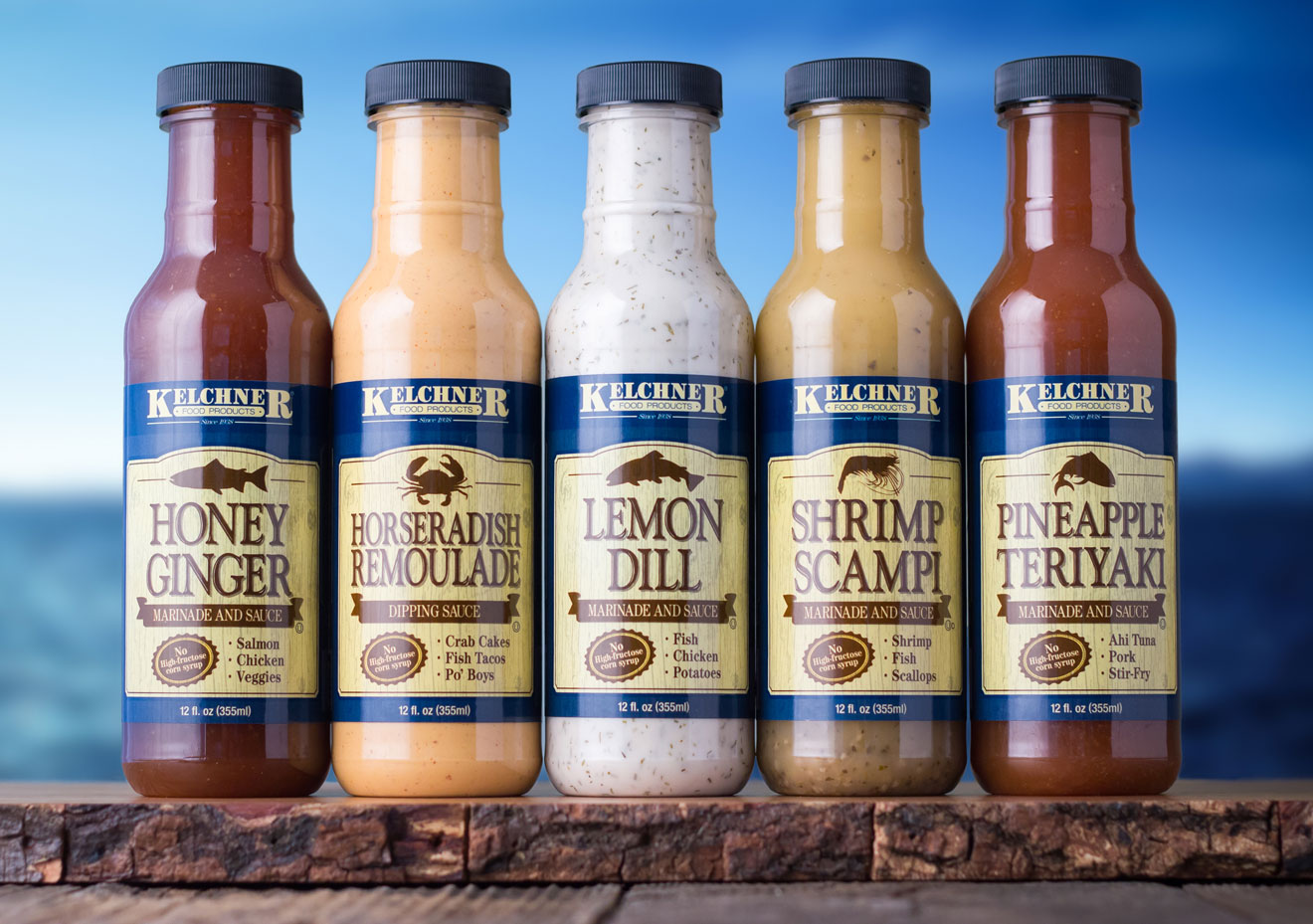 It also owns the Bookbinder’s brand, that of the famed culinary family of restaurateurs in Philadelphia where Rygg met his wife and graduated with an MBA from Saint Joseph University’s food marketing program. Silver Springs has positioned those brands as “restaurant-style quality at home.”

The parent company also buys and sells value-added, non-competitive complimentary seafood condiment products, an extension that’s pushed product to some 500 different SKUs (100 of which are horseradish-based), all in an effort to serve the seafood market and make it easier for the public to purchase and prepare seafood. “We serve a lot of captains,” says Rygg. “Let them focus on fresh fish, and let us worry about everything else that goes around that. For consumers, one challenge to seafood is the preparation, but condiments make it easier.”

Exciting new initiatives loom as well to attract younger buyers, like the recent three-year deal with Lambeau Field, home of the NFL’s Green Bay Packers, to serve Silver Spring Foods’ horseradish where bloody Marys are sold in the stadium. 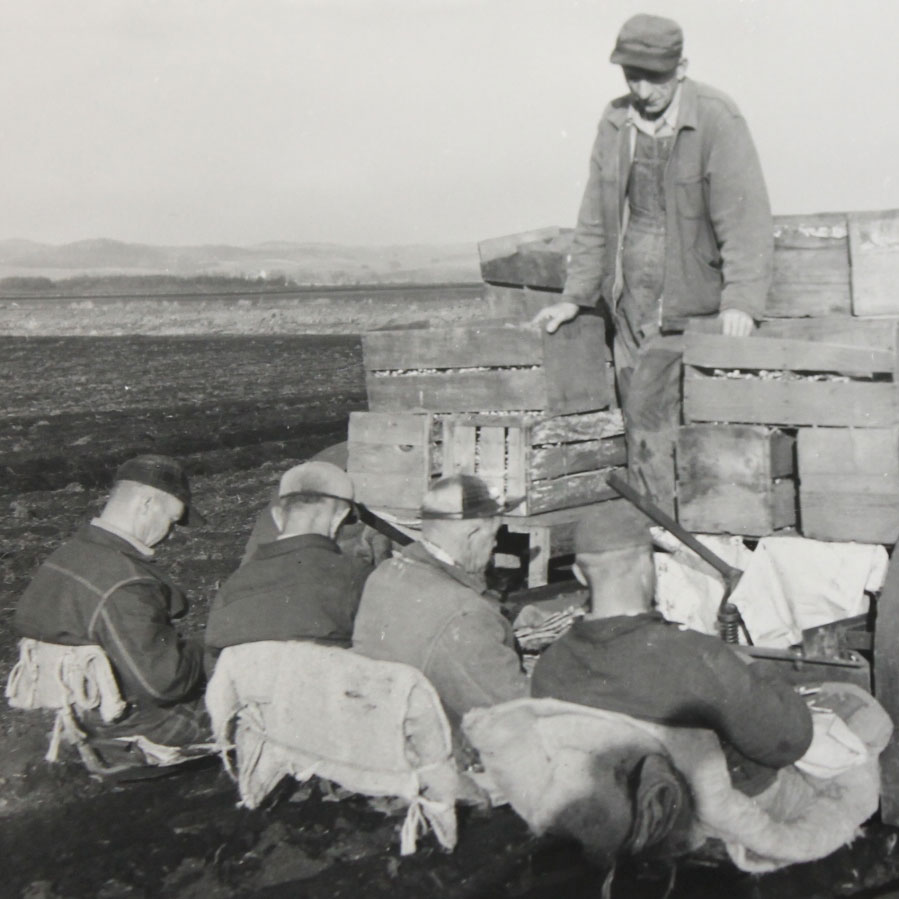 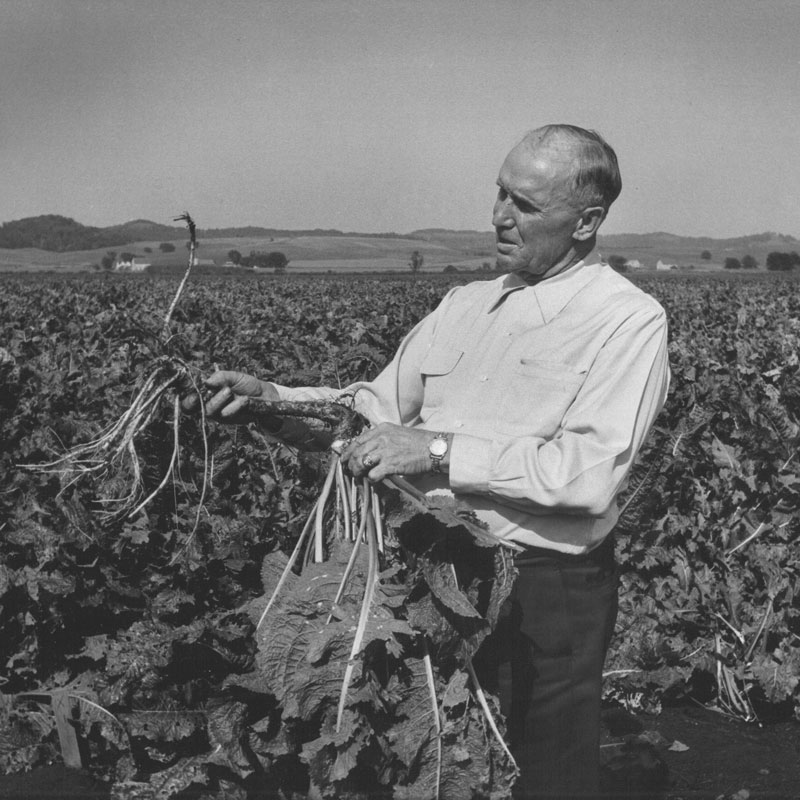 Rygg’s grandfather, Edwin Bartusch might not have thought of that. A pilot in World War II, he was carrying on the side business that his father,
Ellis Huntsinger, started while selling lightning rods. Literally, he flew product around the country. But in 1972, on one of those flights with his wife, Betty, a cabin fire led to a crash in which they both died. At the time, Eric’s mother, Nancy Bartusch, who remains CEO and board chair, was studying for her MBA at Stanford. She was 22. She partnered with a food industry executive and family friend, Bill Nelson Jr., who left Kraft. Eventually, Eric, the first family member to run the company since then, says, “Horseradish became the family’s lightning rod.”

Allentown may be perfect as a distribution hub, but it’s not necessarily prime for growing your own horseradish. It’ll grow, but not well. You’ll get leaves, but as Rygg explains, “We want a root.”

His growing fields—9,000 acres in Wisconsin and Minnesota—follow a systematic, proven field rotation of corn, soybean, oats, and alfalfa every five years that serves to better prepare fields for growing horseradish. “We need 9,000 acres to support 900 acres of horseradish at a given time,” he explains.

Successful agricultural practice, then, ends in what Rygg calls “a borderline cultism” with a line like Kelchner’s. “People love the brand,” he says, “but for us, it’s simple: We’re a condiment company, and we want to make the world a tastier place—one roast beef sandwich at a time.”

WHAT’S IN A LABEL?

“Kelchner’s is the authentic look that we want to remain untouched with the original lineup, while the marinades have a new refreshed look using the Kelchner Food Products logo,” explains Marketing Supervisor Jeni Path.

Creative uses? Try the Horseradish Remoulade as a dip for French fries, as a topping on roast beef or for a twist in your own signature potato salad.

As seen in the Summer/Fall 2019 Issue