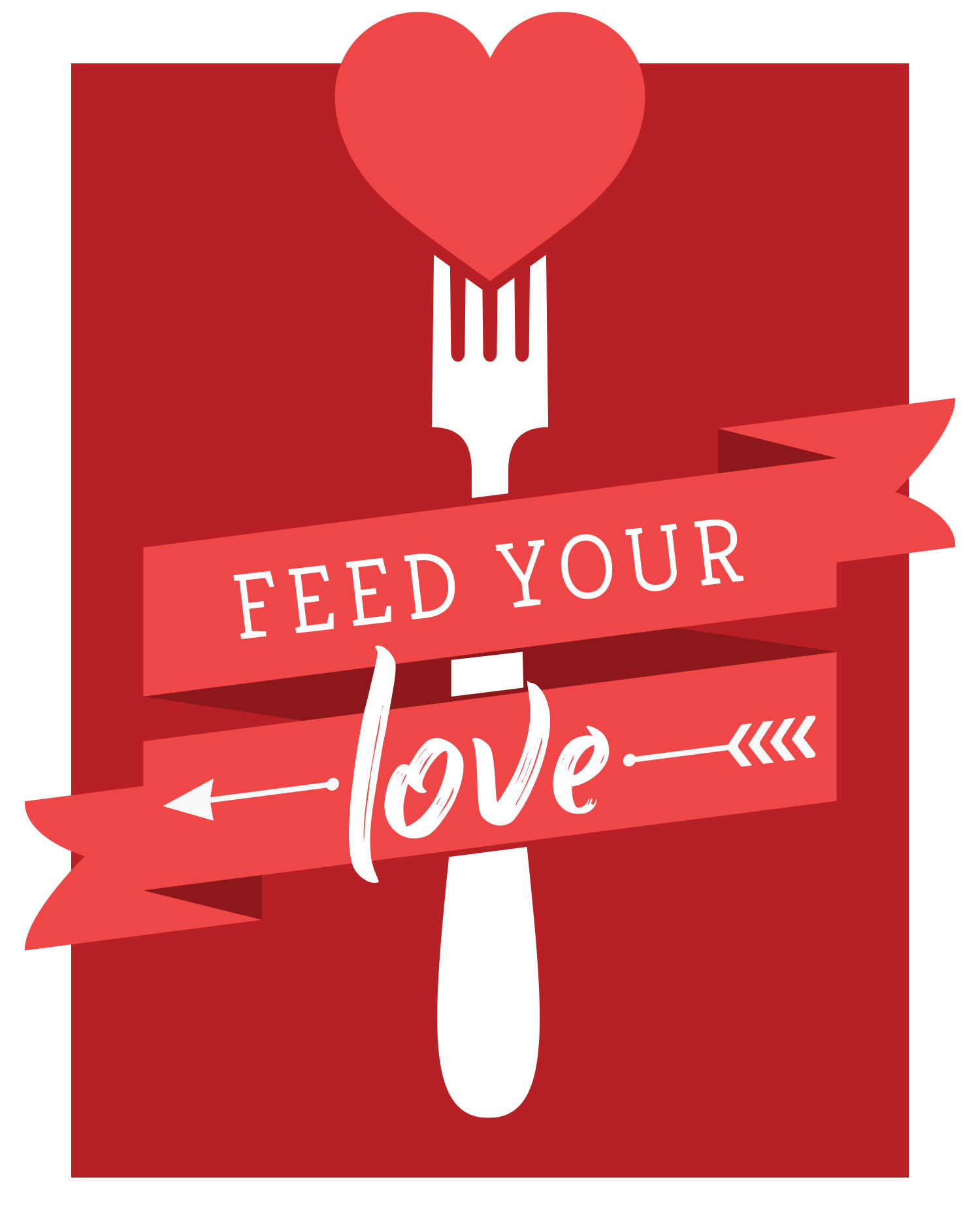 LOVE IS AT YOUR FINGERTIPS.

At least it could be if the object of your affection opens wide to accept a luscious nibble directed toward his or her awaiting mouth—a bite of creamy French cheese, for instance, or even a ripe wild strawberry.

When cooking dinner for a love interest, avoid “making ornate and ridiculously over-the-top dinners that involve a lot of food,” suggests Domenic Lombardo, chef/owner of The Mint. “Sticking to lighter fare or food that involves eating with your hands—that have interactions—plays well to that mood.” He recommends cheese fondue as a fun option since it requires mutual activity and involvement, which helps to bring down barriers of primness and formality. Letting down your guard is the goal.

Another tactic is keeping food in the personal realm, such as preparing an upgraded childhood favorite (gourmet mac ’n’ cheese) or a family heritage dish (homemade hummus can be impressive). “When you’re trying to relay a message of a sensual nature, baring something personal is always attractive because you’re showing a vulnerability,” says Lombardo. Also do some research: In this age of food sensitivities and specialized diets, there are plenty of culinary lines to avoid crossing. A vegan won’t be wowed by even the silkiest foie gras.

To further encourage interaction, Lombardo counsels the host to leave few simple tasks unfinished. For example, ask your guest to top the crostini with bruschetta. “The message is, I would love for you to help me. Especially for a guy, admitting that he needs help is a big deal in a relationship. “

Also invite the guest to bring a contribution. A bottle of offbeat wine or an unfamiliar cheese can open new paths of discussion, sharing criticisms, and exchanging ideas. “It shows you’re both involved—it’s not about showing off, it’s about showing up, and being together here in this moment,” Lombardo explains. “You learn a lot about a person when you eat with them.”

For a drink to match the mood, certified sommelier R.J. Arnold, Director of Wine and Spirits at Spinnerstown Hotel, recommends a full-bodied red wine such as cabernet sauvignon or a red blend. “Wine is looked at as a romantic drink, more so than beer or most spirits, unless you’re looking at cognac or brandy. You see that in movies and across pop culture in general. Red is the color of love.”

Arnold points to Faust Napa Valley Cabernet Sauvignon as an excellent special occasion choice featured on Spinnerstown’s wine list. He also notes that this wine can be partnered with intensely dark, high cacao-content chocolate for a simple, seductive dessert. (Dark chocolate, considered “food of the gods” by the ancient Aztecs, contains high levels of theobromine and produces serotonin, helping to make your brain feel stimulated and happy.) “Milk chocolate or white chocolate are much sweeter and will make a cab sauv taste bitter,” he cautions. A sweeter red wine or fortified dessert wine— sherry, port, or Madeira—serves as a better foil for these flavors. According to Christopher Heath, when it comes to romantic cultures it’s hard to top Italy.

Of course, as Executive Chef of Melt—an Italian restaurant—and Corporate Chef of Paxos Restaurants, he’s a natural advocate for that cuisine. “The simplicity of the food brings lovers together,” he says. “Finger foods, like slices of prosciutto with Parmesan and fresh figs, are very sensual. And plates of antipasto are fun to share and feed to each other.”

Heath also believes the aromas wafting from an Italian kitchen—including that of garlic—have a powerful impact on the senses, with fragrant dishes begging to be touched and tasted. “There’s nothing wrong with garlic breath,” he notes. One of his personal favorite dishes to share is pungent Pasta Puttaensca (which translates gently to “lady of the evening”). Unlike a simple marinara showcasing the sweetness of tomatoes, this intense sauce is spiked with anchovies, olives, capers, and garlic. But skip this on a first date: Heath recommends waiting until “the relationship is more established.”

An annual event at Melt is a Valentine’s Aphrodisiac Features menu—different each year—which usually extends a day or two beyond the February 14 holiday. The selection of appetizers, entrées, and desserts are comprised from an array of ingredients often thought to have aphrodisiac qualities. Brief histories of these supposed proficiency stimulants are listed, making the menu culinary edutainment that is stimulating to conversation, at the very least. Truffles and scallops may not be too surprising, but less expected items like tomatoes—once known as the “love apples”—beets, arugula, mustard, and even bacon make the list.

It’s also worth noting that the steak dinner offered on the special menu is “Filet of Beef for Two,” which is not crazily overwhelming in size. (While your dining partner may be capable of pounding down an 18-ounce porterhouse steak, that tends to set the mood for nothing more than a nap.)

Many iconic foods in the so-called aphrodisiac category are, in fact, quite nutritious. And radiant health contributes a certain friskiness to one’s behavior, no? 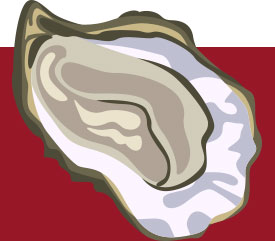 Loaded with zinc, raw oysters boost testosterone production and elevate the male and female libido. “To me they scream sensuality,” says Josh Palmer, chef/owner of Maxim’s 22. “You’re not using utensils, you’re slurping it out of a shell, you’re very connected with it.” The liquor from the oyster running down your chin is part of the appeal. With this type of a tactile experience, sensuality can get a little messy. And that’s okay. 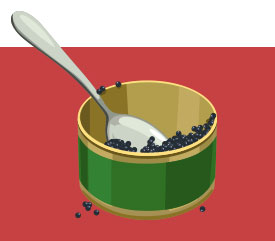 Tiny black eggs setting off an exquisitely delicate explosion of brine when you bite—that’s a sensual experience everyone should have at least once in their life. Although high in omega 3, zinc, vitamin B12, and other nutrients, nobody shells out the big bucks for this luxurious nosh because it’s a health food. Traditionally cured caviar comes from wild sturgeon, but colorful salmon roe is a great alternative at a friendlier price. 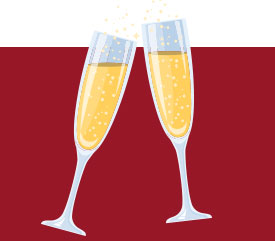 The ultimate pairing partner to oysters and caviar—sommelier Arnold notes that a briny aspect to bubbly makes it compatible with sea creatures—actually has several health benefits going for it. Antioxidants support heart health, and studies indicate that it might do everything from improve memory to help prevent dementia. A relatively low alcohol level loosens inhibitions (good) while avoiding total inebriation (bad). Pace yourself. 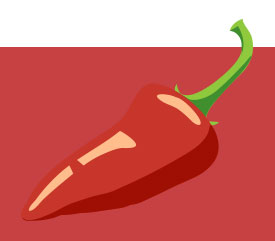 Hot and spicy foods are often considered sexual stimulants. After all, physiological responses that result from eating capsicum-rich foods—increased heart rate and metabolism, even sweating—are similar to physical reactions experienced during sex. Remember that the power of suggestion can be as strong as the power of peppers, so don’t be afraid to heat up your love life by throwing a few extra jalapeños into your next romantic meal.

As seen in the Winter/Spring 2019 Issue