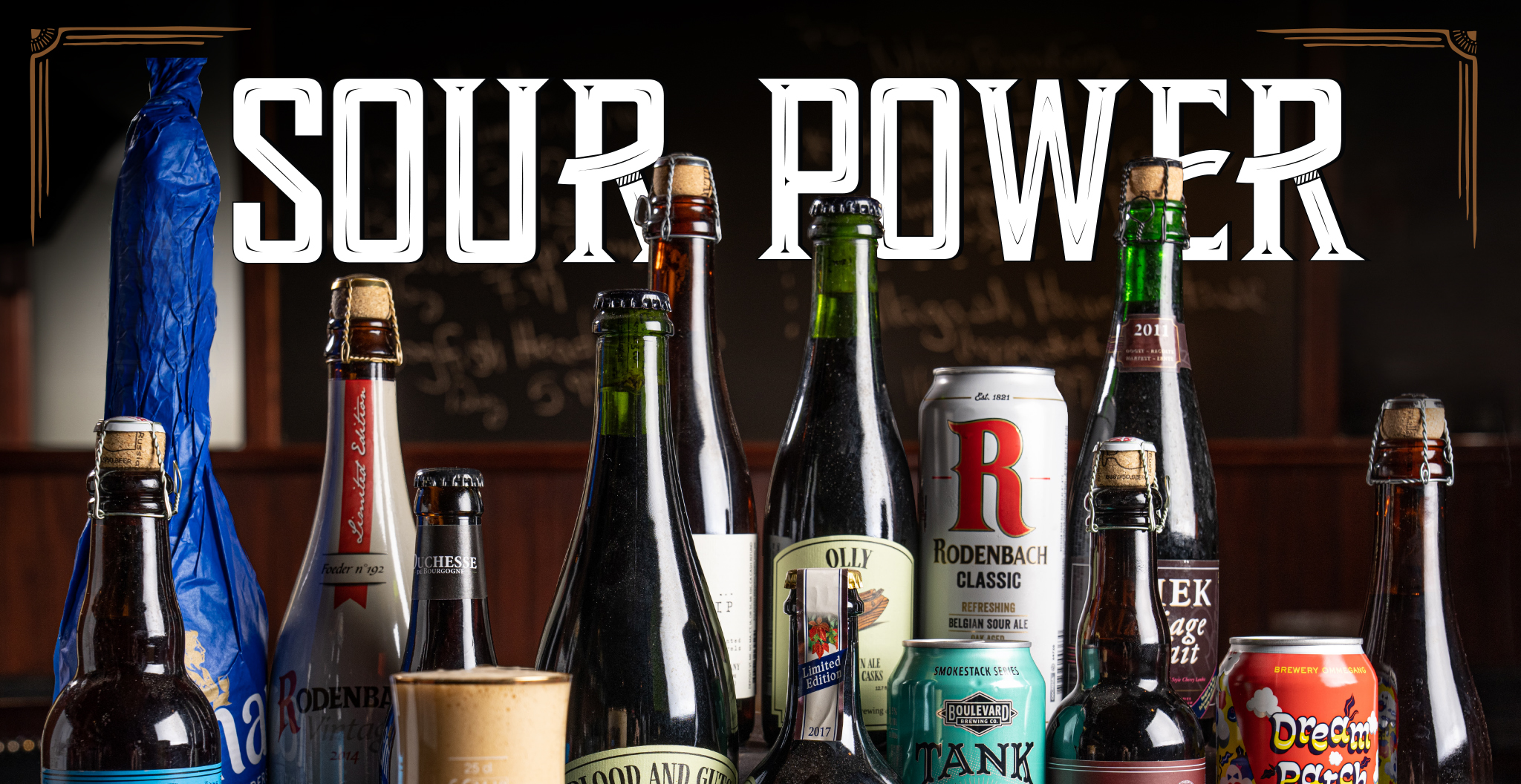 When a sour mood strikes, reach for a tart and tangy brew that lifts the spirits while bestowing healthful benefits. The type of probiotics that give a healthy halo to yogurt and fermented foods can provide stress relief while benefiting the immune system and providing digestive benefits, all in one tasty glass of sour beer.

Just like the autism spectrum, sour beer covers of wide range – there’s no single definition. Traditional varieties, including Gose, Gueze, Lambic, Flanders Red Ale, Berliner Weisse, and Oud Bruin, are being supplemented with innovative American-style sour ales. However, to fully appreciate contemporary interpretations, it can be helpful to first get acquainted with a few grand old European sours. 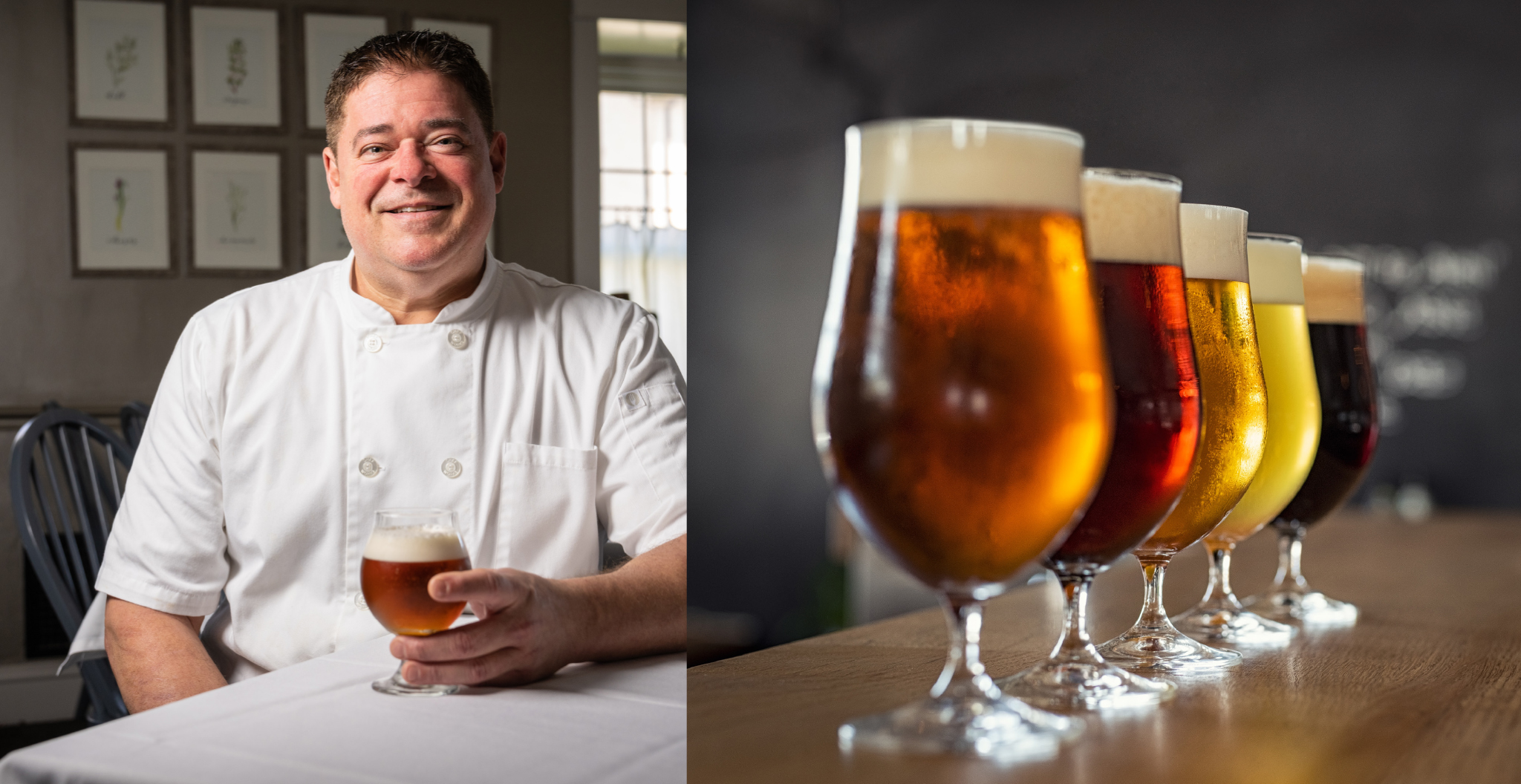 Shawn Doyle, chef-owner of Savory Grille in Macungie, readily recalls his first love (of the sour beer kind): Duchesse De Bourgogne. This traditional Flemish Red Ale, made by Brouwerij Verhaeghe in Belgium for more than a century, is brewed with deeply roasted malt, then double-fermented before being matured in oak barrels. The result is a refined sour beer with a lovely reddish-brown hue. In addition, its food-friendly character extends from pairing to cooking – from sweet dessert sauces to savory stews.

Doyle expounds on the natural affinity between sour beers and food. “Personally, I like adding a tart component to a dish with a beverage,” he explains. “If you have something really sweet or really fatty, like a rich cheese or salmon, that tartness cuts through” – essentially doing a mini-palate cleanse – “and you’re adding another dimension to the taste.” He also notes you have to “watch what kind of sour you’re dealing with. Guezes can be so acidic, with a ton of grapefruit flavor. I don’t like to drink them by themselves: I have to have those with food. However, Goses are more nuanced, with a little sea salt and coriander taste. Some sour styles are more quaffable and refreshing, where you could down one or two on their own, like the Duchesse I mentioned. That one is so malty, yet it has a decided tartness that doesn’t become overbearing. It’s a complex beer.” There’s one other aspect of sour beers that this chef finds captivating: the bubbles. “They’re almost like Champagne bubbles,” he says. “They’re elegant.”

With an expansive range of tastes, sour beers can also play a key role in cocktails laced with gin, whiskey, bourbon, mezcal, tequila, or numerous other spirits. For an unexpected ingredient, Doyle recommends including kombucha, a non-alcoholic fermented drink. “They share the same flavor profiles,” he notes. “Beverage is like food to me: When someone’s doing it right, you get this perfectly balanced cocktail – with sweetness and tartness – that has complexity from one end to the other.” Near limitless flavor combinations should serve as a spur to creativity. So start drinking! (As if you needed that suggestion.)

Known for an outstanding selection of beers, Spinnerstown Hotel pays healthy respect to sour brews with a lineup that features not only imports but domestics from California and Perkasie, Pennsylvania. “Sour beers are a large category. They are all quite different and can go from very fruit forward to ‘make-your-mouth water’ to milk shake sours,” says restaurant co-owner Susan Dale. “When people who only drink wine say they don’t like beer, we reply with, ‘then you haven’t found the right beer!’ We usually steer them to a fruit beer like Lindemann’s or Liefman’s, then they can try an easy-drinking or not too-too sour like Duchess de Bourgoine.”

Dale goes on to explain that palates can be trained to like acidic, tart, and sour tastes. “Experimentation is key!” she notes. “And pairing food with sours can be fun too.” Spicy foods, fatty foods, and even desserts can find a worthy partner in the wide world of sours.

One or two sours are typically on tap at Spinnerstown – though not guaranteed. These varieties require extra attentiveness from the staff when cleaning the draft lines when switching out different styles of beer. “The fruited sours have a taste that can linger in your lines if not cleaned correctly,” Dale notes. “Maintenance is key to selling tasty and fresh beer.”

There are currently 15 varieties of sour bottles and cans – including such core items as Duchesse de Bourgoine, Duchesse Chocolate Cherry, Free Will Blood and Guts, Liefman’s Goudenband, Ommegang Dream Patch, Rodenbach Classic, Russian River Consecration and Intinction, and Lost Abbey Red Poppy – available to quaff in-house or take-out from the on-site Spinny Bottle Shop. This collection should provide ample opportunity for you to meet your sour soul mate.

As seen in the Winter/Spring 2023 Issue