Food informs the narrative of life, and positive emotional memories are forged at the table. The sight, smell, and taste of favorite dishes, whether trotted out for holiday feasts, backyard barbecues, or birthday bashes, serve as enduring connections to the people who prepared them. Recreating the special recipes used by those family members—whether that designation is by birth or by choice—keeps their stories going.

Leafing through the yellowed pages of a worn, leatherbound ledger book—filled with my grandmother Sylvania’s faded longhand script—renewed my acquaintance with long-departed relatives, from great-grandmother Sabylla to aunts and great aunts, including Sadilla, Alta, and Icy. (Clearly, this clan favored unusual female names.) A collection of friends and neighbors, plus a flock of “church ladies” I recall from childhood, are also represented among the recipes recorded by my “Gremmy.” Their contributions, spanning the years 1920 to 1966, constitute a culinary legacy ripe for the picking. 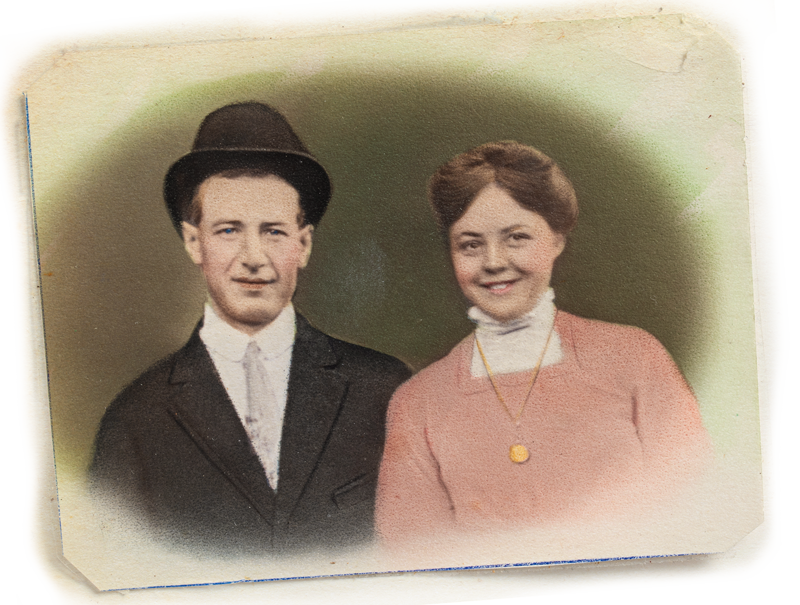 Born in 1894, Gremmy was a living link to the 19th century. A quilting frame usually dominated her modest dining room, and she introduced me to such yesteryear pastimes as making string figures and hand shadow puppets by candlelight. However, her primary passion was baking. As the mother of eight children, she kept a pie safe— a ventilated cabinet that deters insects and vermin—well stocked with all manner of cakes, breads, pies, pastries, and cookies gleaned from her cooking journal.

Frustrations in replicating some of the vintage recipes include unspecific measurements of key ingredients (“flour to stiffen”), a dearth of directions—from none at all to a vague “make as usual”—an absence of baking times and temperatures, and indeterminate yield (“recipe of large proportions”). After working through these puzzles in ongoing kitchen experiments, future generations can thank me for supplying the missing data via sticky notes affixed to pages—written out longhand, of course.

Heat coffee and butter to boiling point and whisk in baking soda. Set aside and cool to room temperature. In a large bowl, beat eggs until thin. Add salt, sugar, and vanilla and beat well. In a separate bowl, mix flour and baking powder. Alternately add dry ingredients and coffee mixture to the egg mixture, starting and ending with dry ingredients. Pour into a greased and floured 8x8x2-inch cake pan. Bake in an oven preheated to 350°F for 45 minutes. Cool completely on rack.

For frosting, beat butter, sugar, chocolate and 3 tablespoons coffee until smooth and creamy. If mixture is too thick, add reserved tablespoon coffee as needed to thin. Spread on cake. Just before serving, sprinkle garnish over frosting and top with whipped cream. 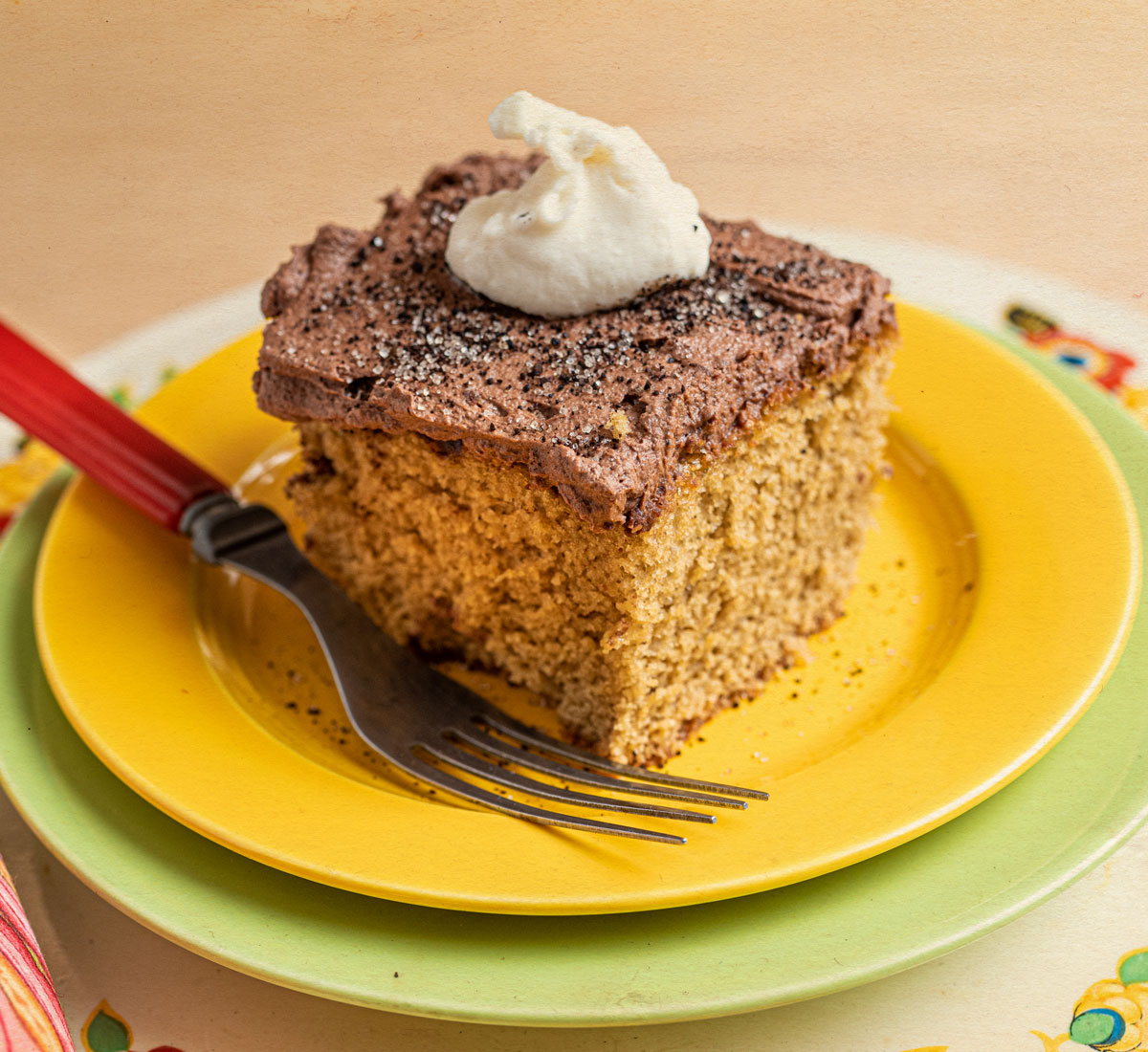 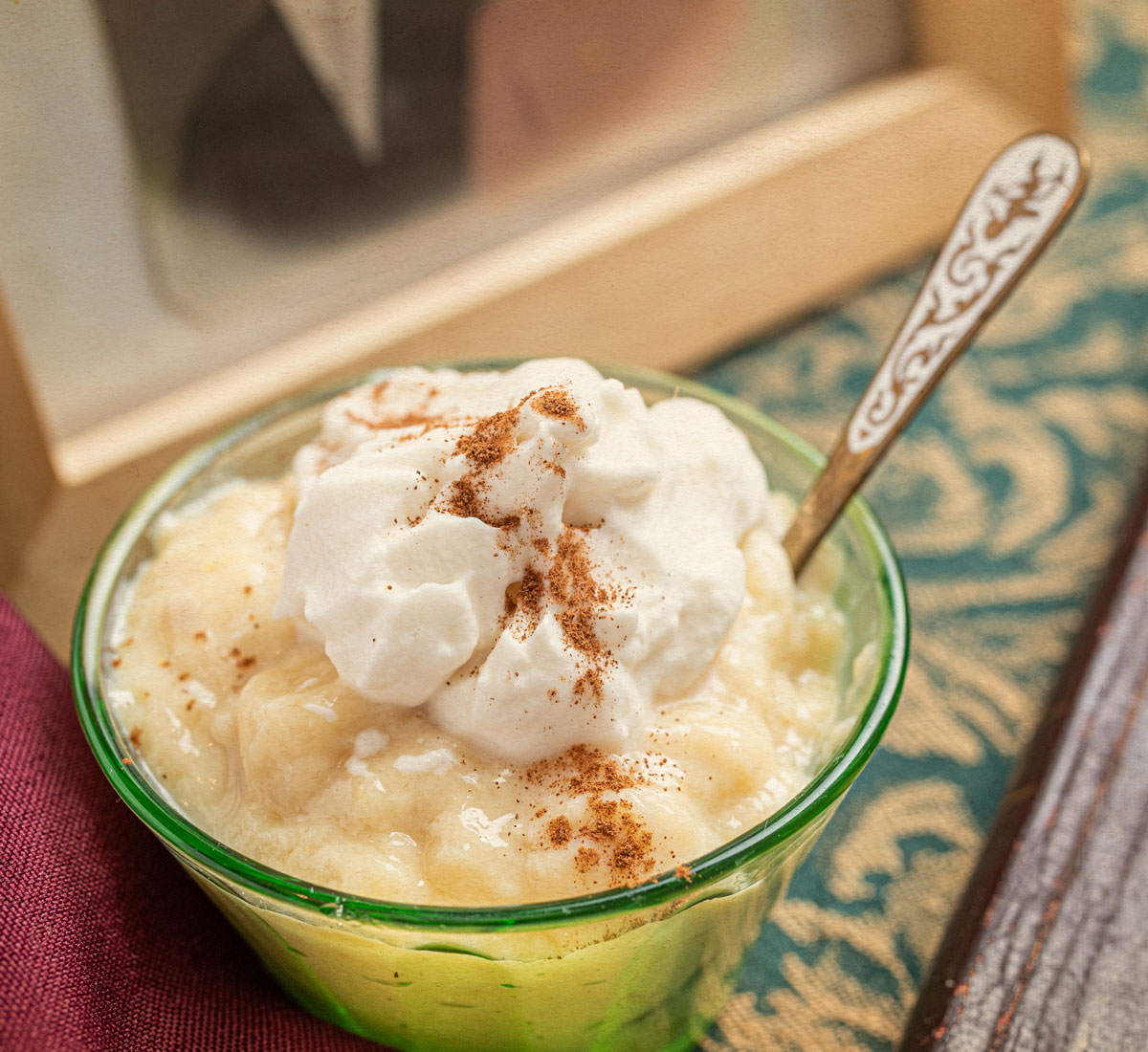 In a medium saucepan over low heat, dissolve gelatin in milk, stirring from 1 to 2 minutes. Gradually whisk in well-beaten egg yolks. Stir until mixture thickens to coat the back of a spoon. Remove from heat and cool. When mixture is at room temperature, slowly stir in maple syrup, vanilla, and salt. Beat egg whites until stiff then gently stir about 1/4 of the volume into the base mixture. Gently fold in remaining egg whites. Divide among ramekins or dessert glasses. Cover with plastic wrap and chill thoroughly. Top with whipped cream and nuts before serving.
Note: The original recipe specifies individual decorative molds. However, if using ramekins, the contents can be unmolded onto dessert plates.

Place peach slices in pie shell and sprinkle with sugar and nutmeg. Beat egg and cream together and pour over peaches. In a large bowl, mix brown sugar, flour, and butter until crumbly. Scatter crumb mixture evenly over fruit filling in pan. Bake in oven preheated to 425°F for 35 to 45 minutes, until browned. 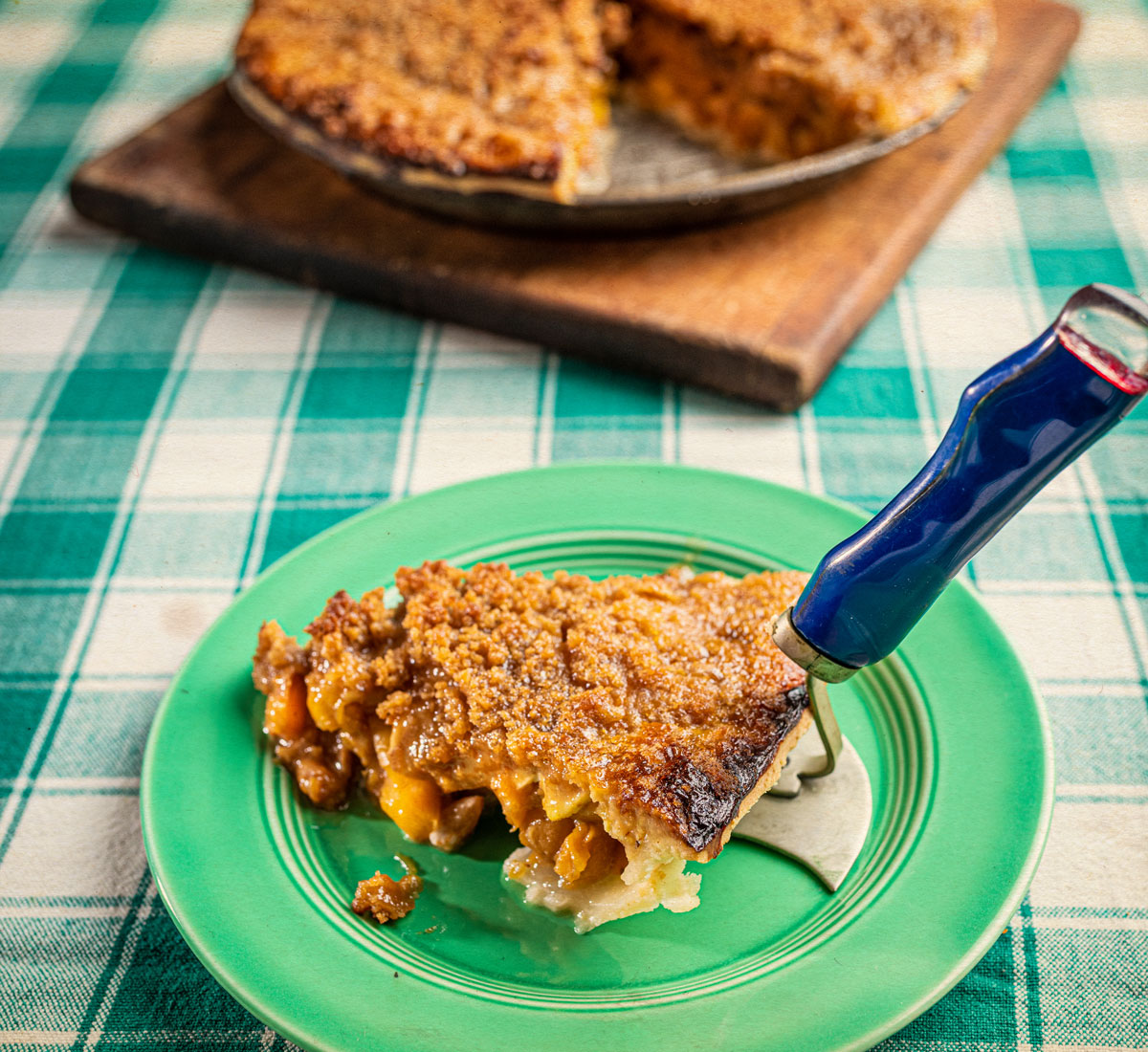 Have a “famous” family recipe? Share it with us!

Send us your family recipe and you may see it published in a future issue of Lehigh Valley Good Taste for all of our readers to enjoy! Submit your recipe at lehighvalleygoodtaste.com/familyrecipes.

As seen in the Winter/Spring 2020 Issue