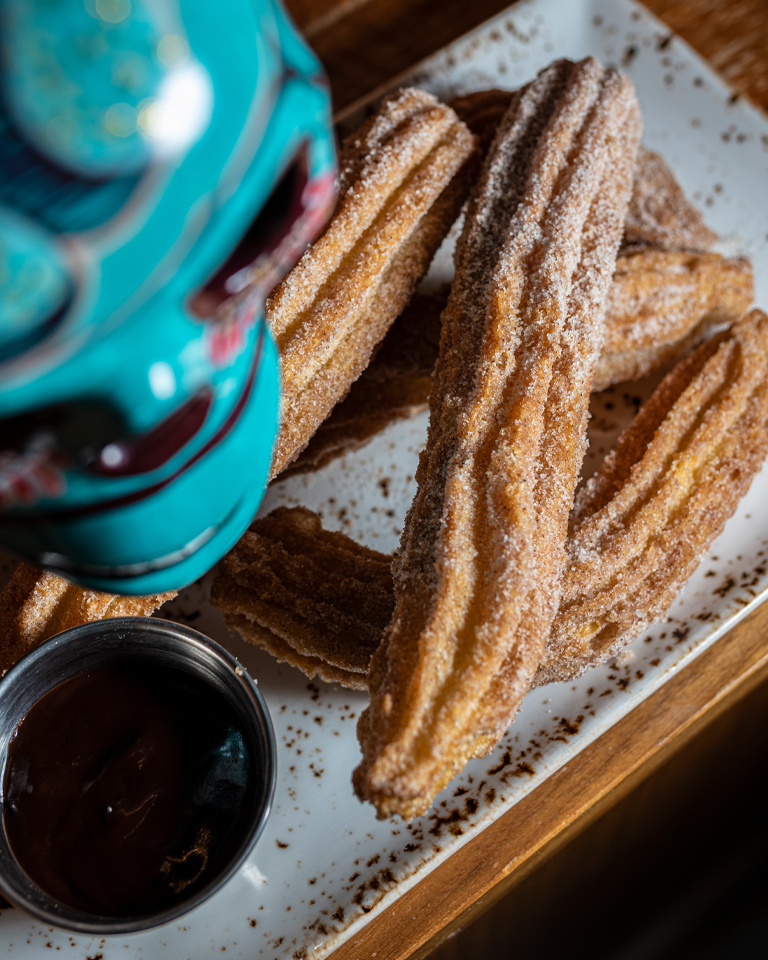 In a large pot bring water, butter, salt, and pepper to a rolling boil. Remove from the heat and add the flour. Incorporate together, mixing with a wooden spoon. Cook over medium-high heat, stirring constantly, until mixture pulls away from the sides and a film forms on the bottom of the pan, about 3 to 5 minutes. Transfer to the bowl of an electric mixer fitted with the paddle. Mix on low speed until slightly cooled. Raise speed to medium, add whole eggs, one at a time, until a soft peak forms when batter is touched with your finger. Fill a pastry bag with a star tip.

In a large pot bring vegetable oil to 350°F. Carefully push the pate choux mix to desired size from the pastry bag into the hot oil. Fry the churros until golden brown, about 4 minutes, turning as needed. Remove churros with tongs or slotted spoon and toss in cinnamon sugar of choice. (Work in batches and do not overcrowd pan; check periodically that oil remains at desired temperature.) Serve immediately with chocolate sauce.

As seen in the Summer/Fall 2021 Issue 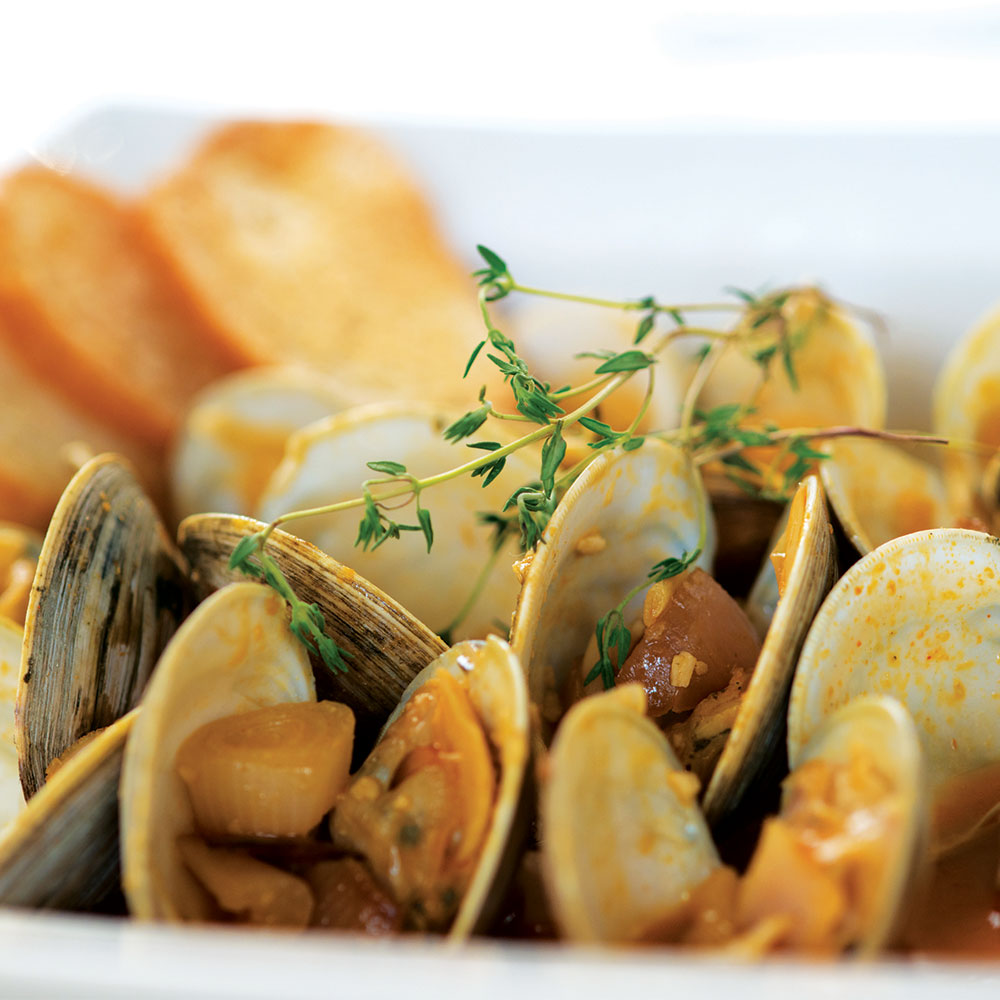 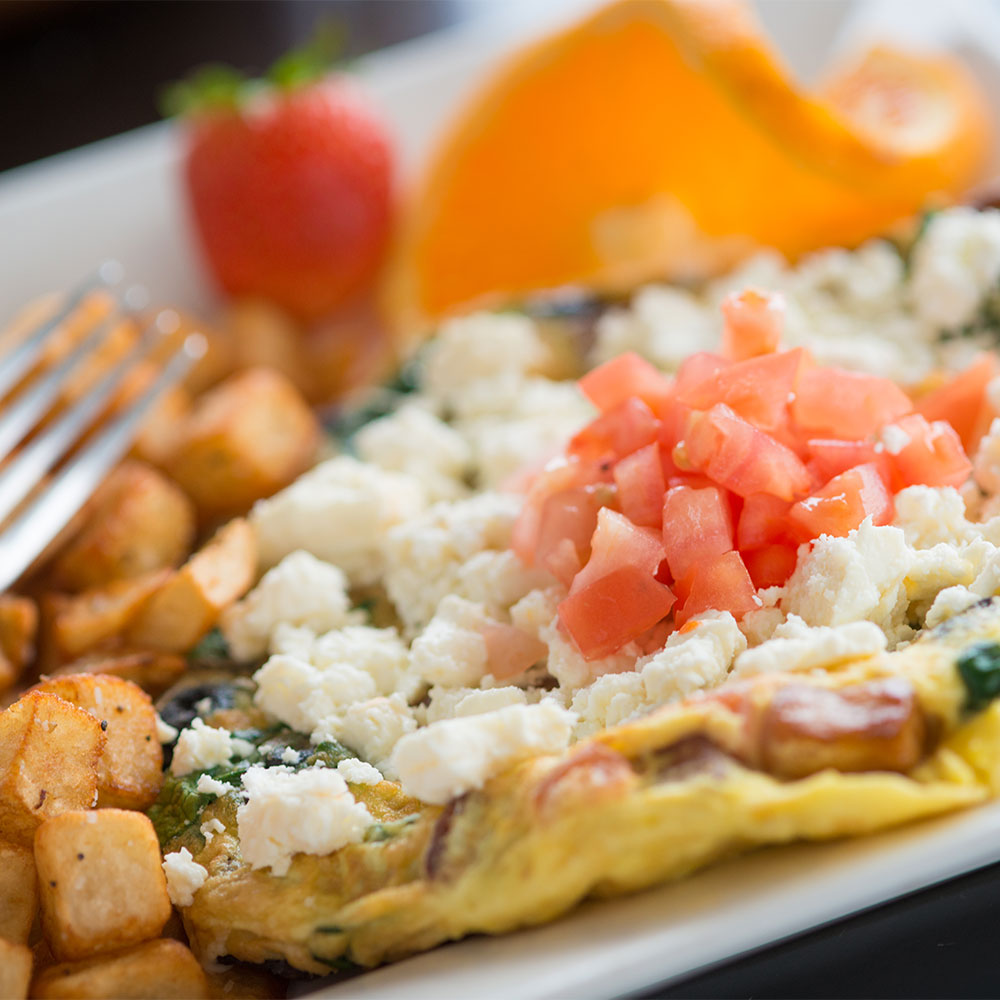 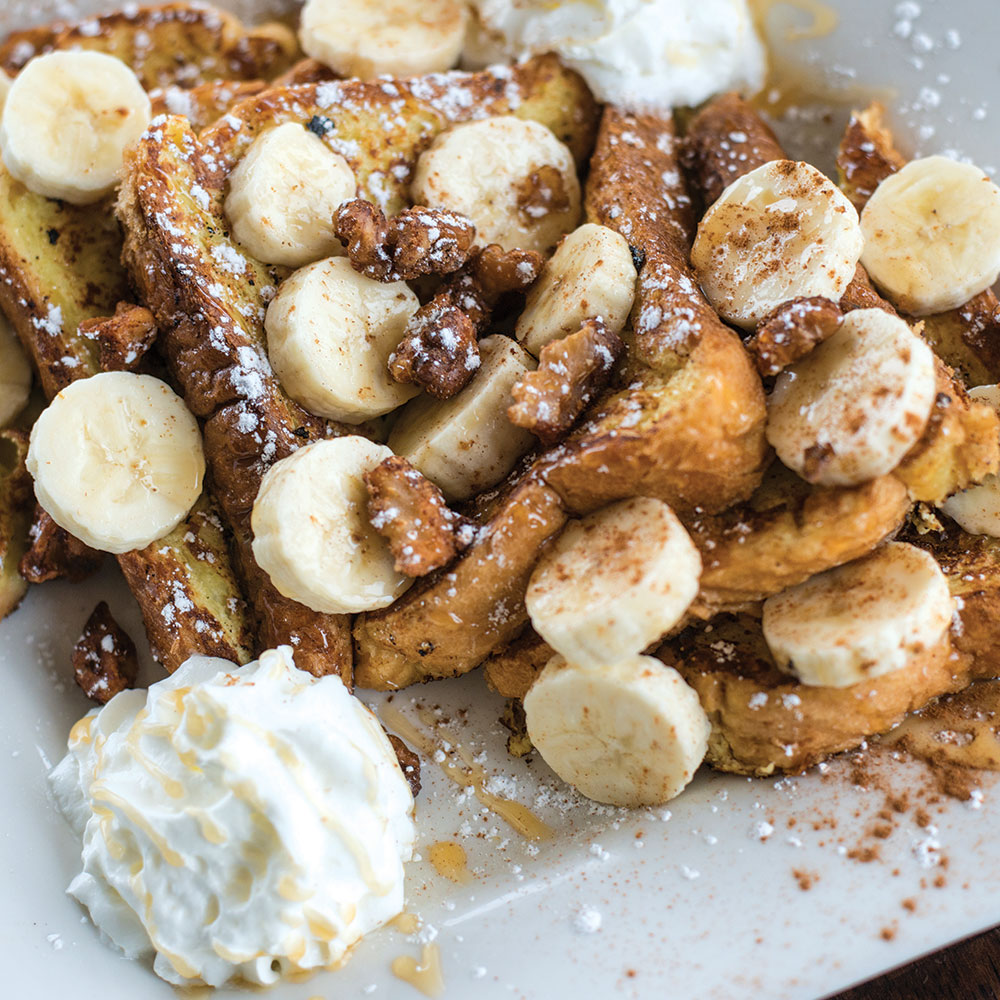