Faces of the Southside 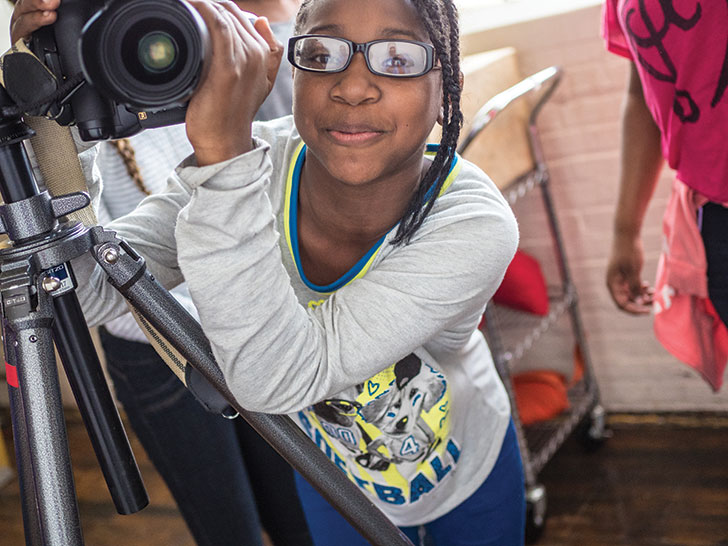 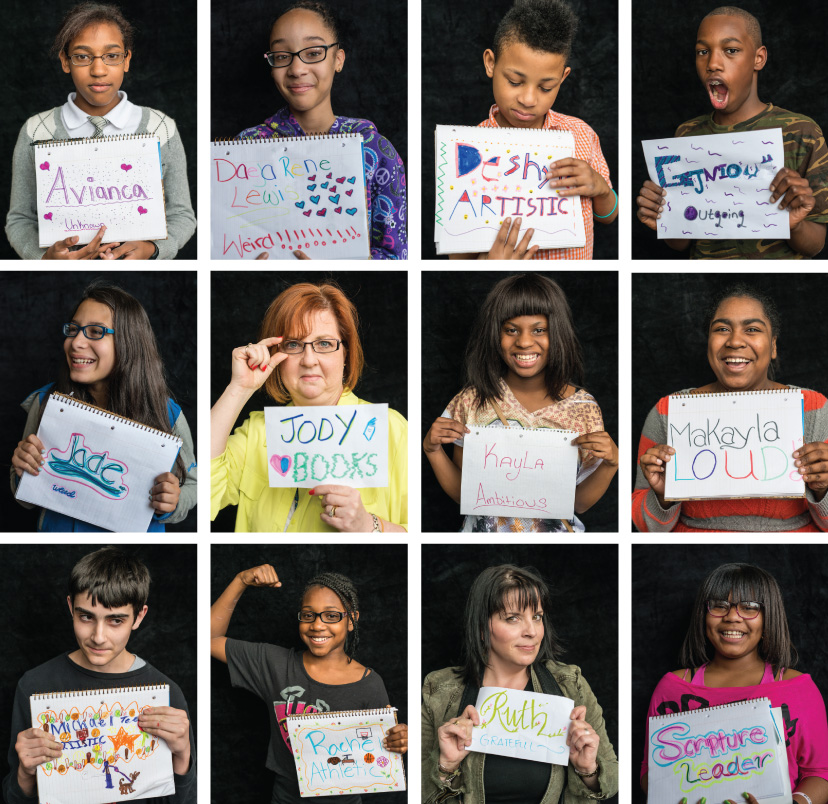 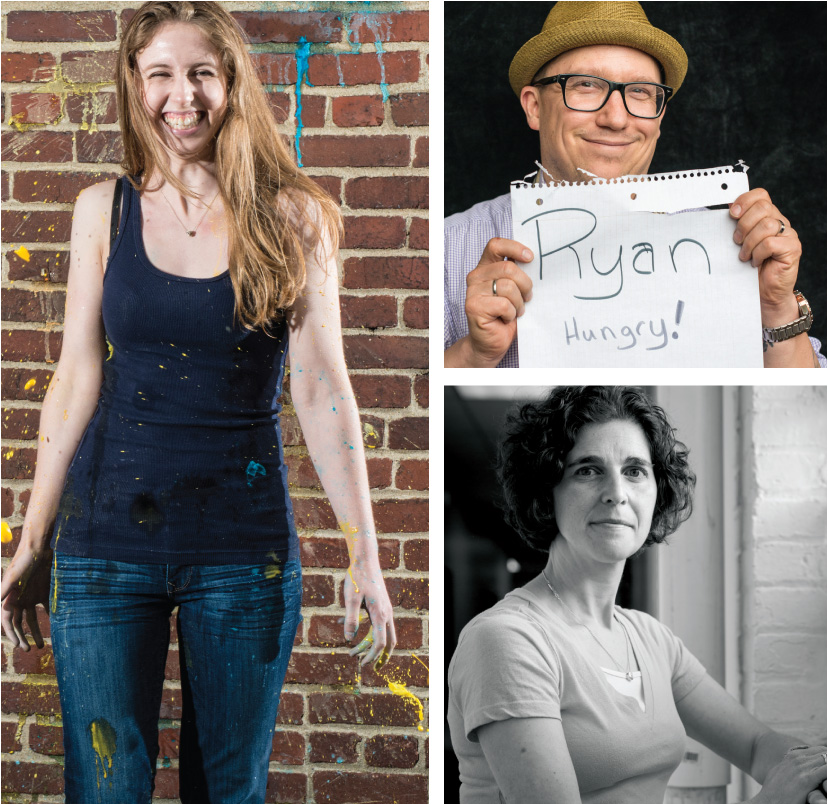 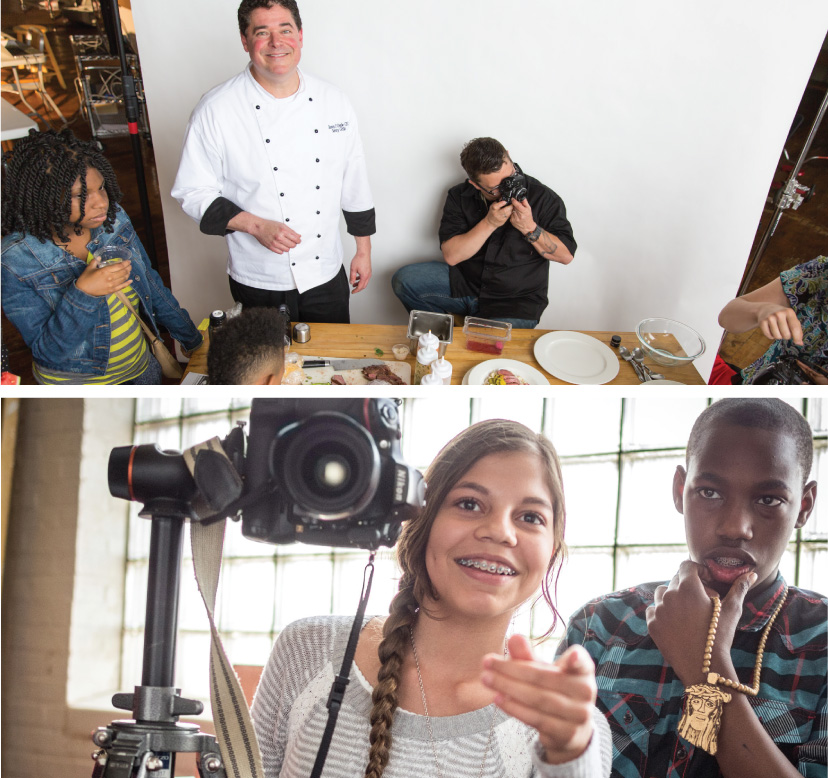 When a dozen roaring, hungry middle school students thunder down the building?s halls and into his studio each year, Bethlehem photographer Ryan Hulvat gets understandably nervous. But it’s not from fear that the kids will destroy his property or unravel in a spasm of conflicting hormones. It’s because he loves teaching, and the Faces of the SouthSide program is the culmination of his decade-long work in community and childhood education in photography.

Each spring a number of students from nearby Broughal Middle School are rewarded for their scholastic efforts by participating in the six-week class, during which they get a crash course in camera operations and concepts in crafting a memorable image, from lighting to composition, and even how to use the environment to their advantage. They also learn about some of photography’s greats and how to interview and connect with subjects. The subjects themselves are all recruited by Hulvat, ArtsQuest and Broughal, and represent the actual Faces of the SouthSide.

The kids arrive at 4 p.m. with only one thing on their minds: food. They are anxious and famished from school, and awaiting them is always a surprise. From garden fresh vegetables and exotic fruits to smoked salmon and nori, their treat is healthy and satisfying. The lessons begin as they eat, and the weaving of aromatic edibles with images captured by some of photography’s finest is subtle and effective.

“If this was a class about teaching them to eat microgreens, they wouldn’t be excited,” said Hulvat, “but interest hasn’t been an issue. While they’re eating I say, ‘Hey, look at this awesome photograph.’ And they’re like, ‘oh, ah’.” This way, Hulvat introduces artistic ideas and the kids become eager to emulate and experiment.

Faces of the SouthSide is funded and created by ArtsQuest?s Banana Factory, a local arts support facility and the SteelStacks Partnership for Education and Outreach. A former director, Janice Lipzin, was familiar with Hulvat’s interest in education and offered him a part in the program three years ago. She lobbied hard for grants and developed the program’s concept in the belief that young people can excel in the arts whatever their personal struggles.

ArtsQuest’s Director of Visual Arts and Education Debra Miller and Vice President of Community Partnerships Julie Benjamin have since taken over. They partner with Hulvat, who has worked with numerous local programs, from the Banana Factory’s after-school outreach B-Smart program, to job skills training with at-risk young adults, to Northampton Community College courses. He considers Faces of the SouthSide his greatest achievement. “Every time I’ve been in a program I’ve tried to make improvements. In a lot of ways this program is perfect.” he said.

Hulvat and his wife and studio manager Dawn Moser, run their photography business full-time. However, for Faces, they bring in assistant Ruth Rohrer, who is fluent in Spanish and helps recruit guest subjects, each of whom comes with his or her stories and specialties to share with the students. Savory Grille’s chef/owner Shawn Doyle brought along fresh salmon. School board candidate Karen Beck Pooley discussed her interest in childhood nutrition. Social media gadflies, yoga instructors, retired steelworkers and yes, even members of the Good Taste staff have met with the kids.

Hulvat is determined the kids take away great memories and a basic education of healthy foods and great photographers. He also wants to show them people in their own community who make their living creating art and educating others for no other reason but for the love of doing so.

The final prints from this year’s ten students were recently displayed during the ¡Sabor! Latin Festival at ArtsQuest SteelStacks facility and are due for exhibition at the Banana Factory’s InVision Photo Festival opening November 6.

As seen in the Summer/Fall 2015 Issue