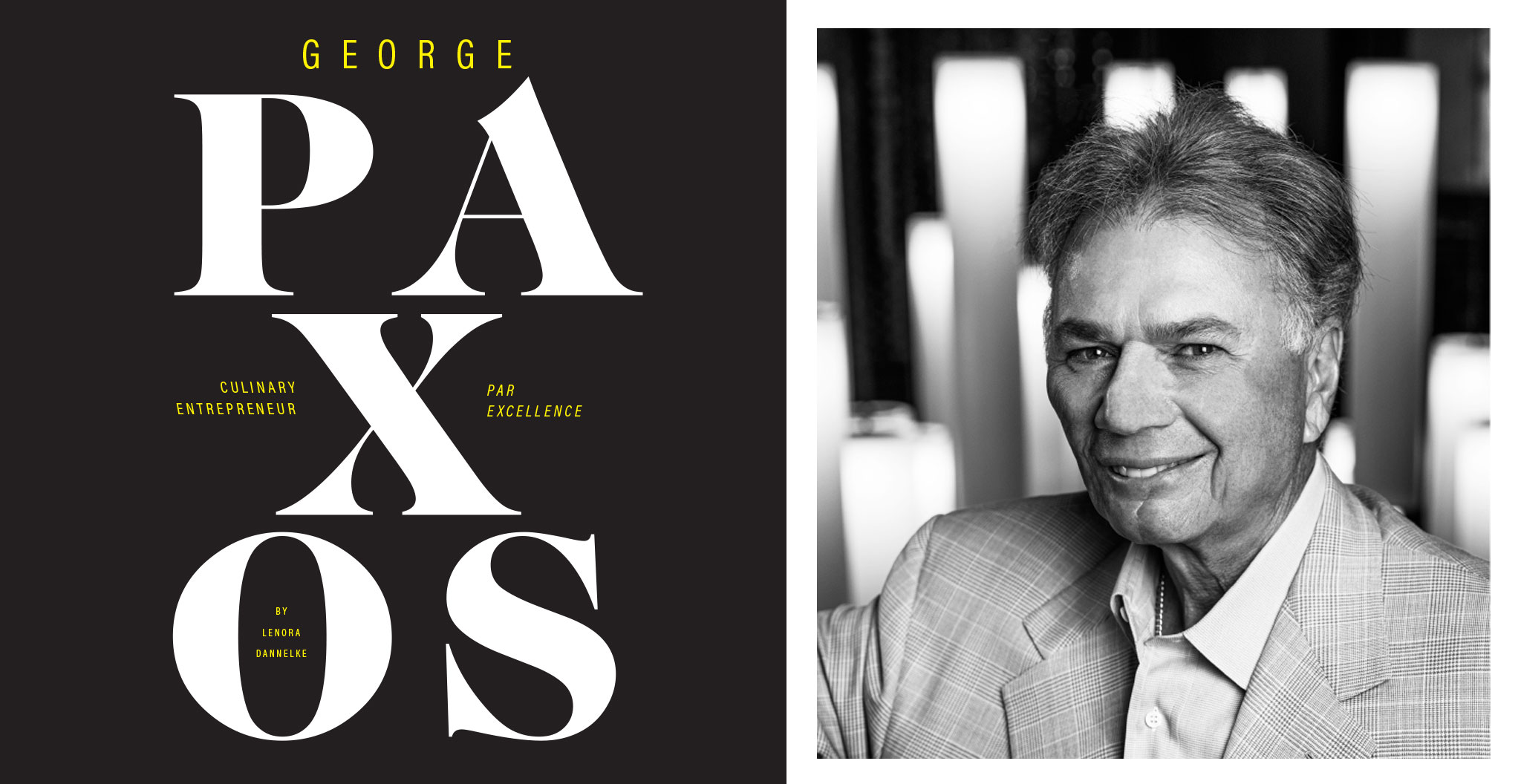 Across a career that spans more than four decades, George Paxos – founder and owner of Paxos Restaurants – has dispensed gracious hospitality to a wide swath of local residents.

Most remarkably, he began laying the groundwork for a prosperous business career during a childhood that offered none of the advantageous benefits of wealth, privilege, or social position. Paxos was the self-starting, hard-working kid who found “ad hoc” jobs, including a classic paper route, to earn money to buy a bicycle and later purchase a first car that would get him to a job bussing tables at a diner in Lansdale. By the age of 17, Paxos was running the kitchen. There was no time for culinary school or formal hospitality training: He was too busy getting a hands-on education.

In 1980, when he was just 20, Paxos joined with two partners (both of whom he eventually bought out) to purchase the Candelight Inn, a modest restaurant in Bethlehem Township. Recognizing that the going would be tough initially and money would be tight, the young restaurateur had already learned to value independence above immediate financial rewards. “If I was going to make $200 a week, I wanted to do that working for myself rather than someone else,” he says. 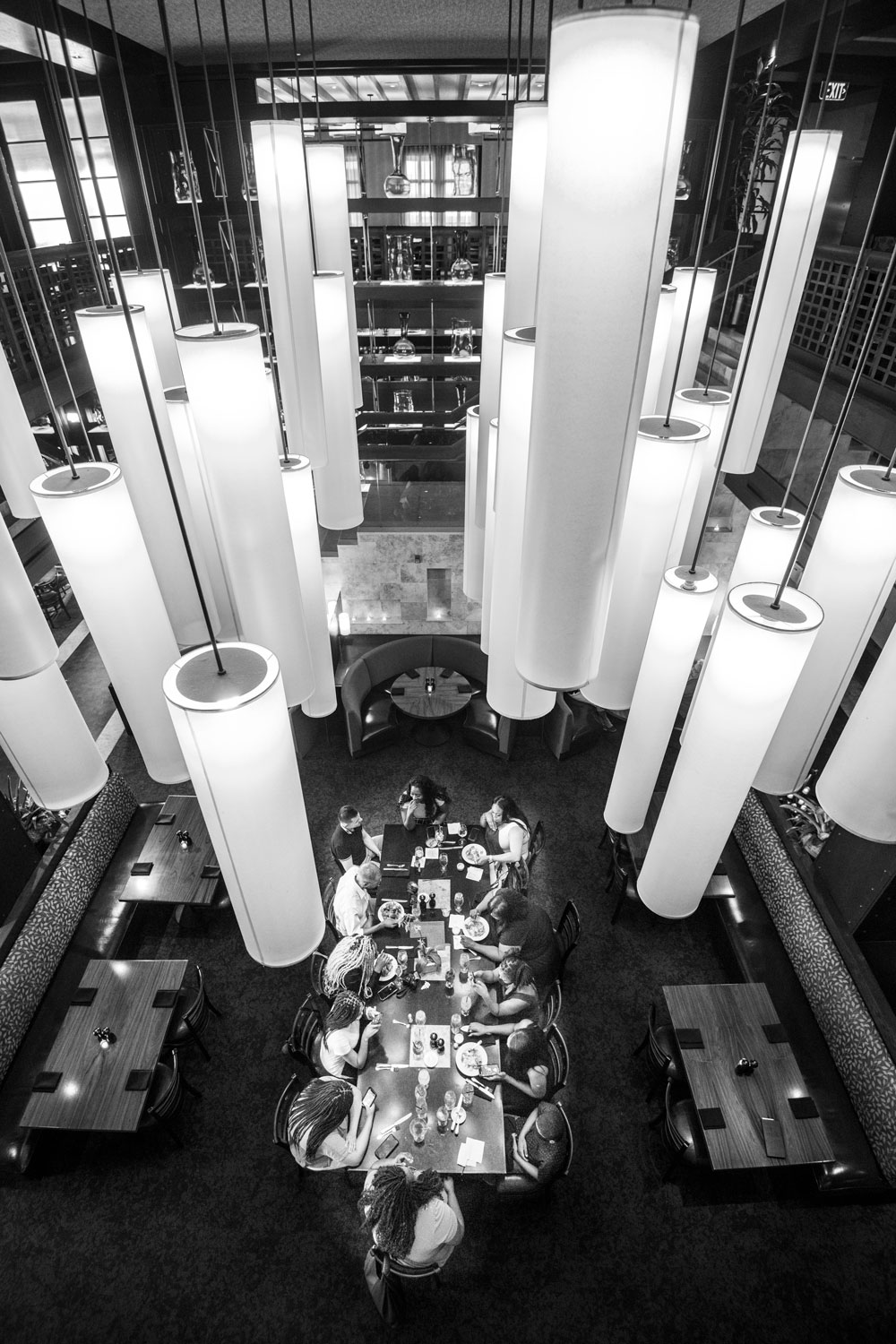 Knowing he wanted to someday have more than one restaurant – and realizing he wouldn’t be able to do it all himself – Paxos started to write service and training manuals, developing a syllabus, and composing and printing recipes that included Polaroid photos of the dishes (yes, things have come a long way since then). “I needed to start and implement procedures, and cultivate a culture that would be sustainable across different restaurants,” Paxos says. “What I’ve been blessed with, and work hard at, is being surrounded by great people. We have an incredible team.” Orchestrating “a million details have to come together” through teamwork has coalesced into a philosophy that withstands the tests of time and hospitality trends.

While confident in the kitchen, Paxos was tasked with learning how to run a business and what was involved from a cost perspective. Sourcing ingredients from local purveyors was another challenge, and he found himself driving to Philadelphia to buy produce, meats, and seafood in the quantity – and quality – desired. Since this job took away precious time at the restaurant, he remedied the situation by starting a new food distribution business, Primo Produce, in 1991. Primo now occupies 40,000-square-feet of warehouse and processing space and 10,000-square-feet of office space in Allentown, and boasts 175 employees. The company delivers orders throughout the Mid-Atlantic and New England. Kali-Bee’s, a spin-off venture occupying additional warehouse space, supplies fresh custom cut and packed vegetables and fruits throughout Primo Trucking’s distribution area. Dimitrios Paxos, George’s son, currently manages this facet of the family business. 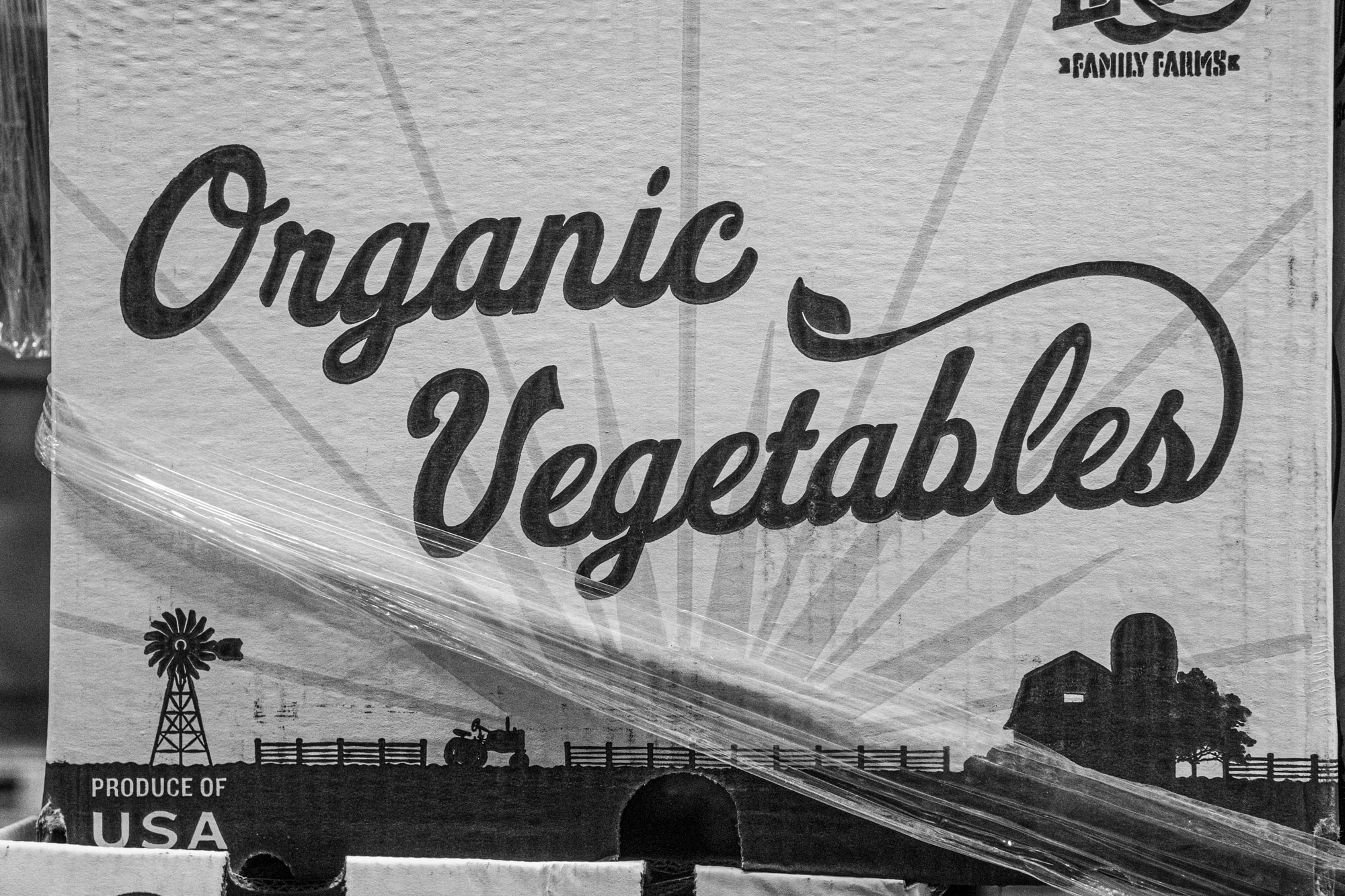 Expanding into a New Century

A lavish renovation of the Candlelight Inn rebranded the restaurant as blue grillhouse and event center in 2002. The rejuvenating makeover melded eye-popping style with approachable sophistication, and the public ate up the menu featuring USDA prime meats and premium seafood. Paxos partnered with a top New York design firm for the job, and retained that relationship for his three successive new restaurants in Center Valley, each known for a striking and distinctive ambiance.

The arrival of Melt in 2006 redefined upscale Italian dining in the Lehigh Valley, and brought newly hired Chef Christopher Heath into the Paxos circle, a fortuitous connection where prodigious skills and experience enabled him to grow into the pivotal and trusted role of Executive Corporate Chef for Paxos Restaurants. By 2014, Torre delivered a vibrant, fun, and funky setting for Mexican food and drink, including a stunning selection of tequila. In August 2016, the rooftop deck of Melt was enclosed and transformed into the posh Top Cut Steakhouse, balancing tradition with modern aesthetics and a super-premium menu. (Paxos and Heath traveled to Chicago to conduct research in what is still an epicenter for the meatpacking industry. They selected a high-end boutique butcher, Meats by Linz, as the exclusive supplier of US Prime Black Angus steaks and other cuts of meat for blue and Top Cut.) Several months later, Firepoint Grill opened in Newtown Square, which demographics research indicated was a good locale for entering the suburban Philly market.

Each of these visually appealing places is imbued with qualities deemed essential by Paxos. “It’s not just the beauty of the room, but making sure the temperature is comfortable and the music is at the right level – and the place is spotless,” he says, explaining that an “experience that entertains goes beyond great service, food, and beverage.” Creating this kind of synthesis taps into the core “base of knowledge” established at the founding Candlelight Inn.

“The key to a successful restaurant starts with great leadership – that’s most important, right there,” Paxos states. An executive staff that helps implement the company ethos from the top down includes Executive Corporate Chef Christopher Heath, who also develops new features for each establishment – which can potentially be incorporated into menus that are revamped twice a year – and Director of Operations Tim Hofschild, a former server and bartender at blue before becoming general manager, then making the leap to upper company management. Together they meet and coordinate with the five general managers to ensure that protocols are in place and working properly, and that employees receive whatever training is required to keep every aspect of the operation running smoothly.

Paxos Snapshot from the Past

When the Candlelight Inn expanded with a reception and conference center in the mid-1980s, the first client to host a “dry run” in the ballroom was Paxos himself, when he and his wife Tula held their wedding reception for 300 guests at the site in 1985. “At the time, there wasn’t any management yet, so I remember we were actually there setting up until 3 o’clock in the morning,” he recalls. The couple has now been married for 36 years, and Paxos credits Tula for playing a “vital role” in the business from 1984 though 2007. He still runs business ideas past her for consideration and feedback. “I’ve learned to listen, and I’ve learned she’s right 99.9% of the time – I guess most women in this world are.” The handsomely appointed reception space, now blue event center, has since welcomed countless newlyweds to a life of connubial bliss. 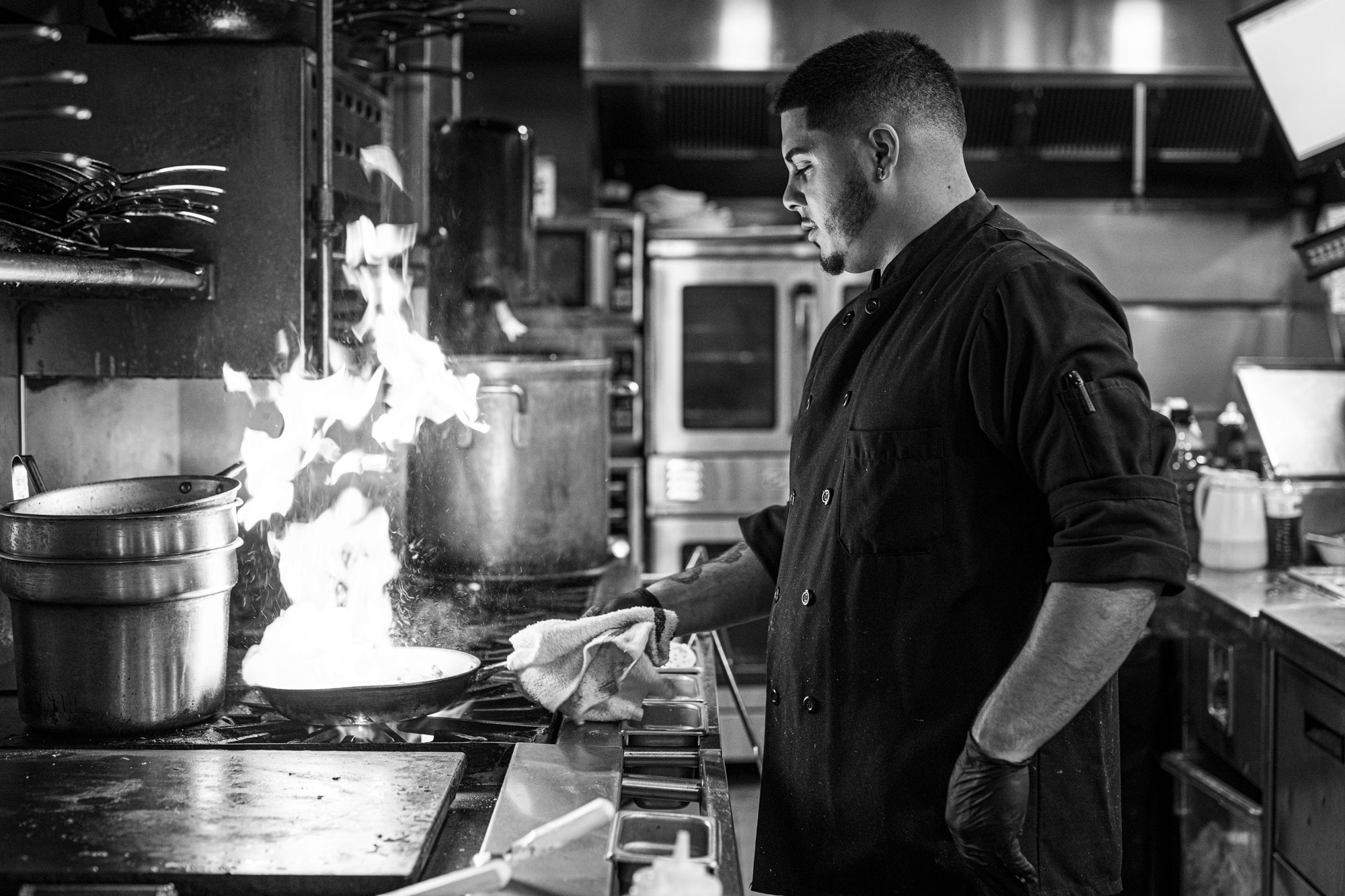 Notably, Paxos Restaurants consistently rank among the best-rated Lehigh Valley employers in the annual Top Workplaces survey conducted by the Morning Call. “Without happy, dedicated employees we wouldn’t be able to create a great atmosphere for guests,” Paxos says.

Glancing back at 2020 in the rearview mirror, Paxos says, “I have a lot of respect for all owners and employees of restaurants and hotels as the hospitality industry went through unprecedented times.” He also notes that his restaurants always had strict standards about sanitation and cleanliness, but additional safeguards were introduced – and they continue with these measures going forward, just to provide extra assurance to guests getting comfortable with going out again. Importantly, as volume quickly returns to normal levels, this confident restaurateur and businessman sees “great things to come on the horizon.”

Of course, the almost inevitable question is whether a new restaurant appears on that horizon. “Tim Hofschild and Christopher Heath are young and energetic and we have had conversations about perhaps opening another place or two,” Paxos says. “The time has to be right, as well as the location, in order for us to do so.” Stay tuned for future forecasts on the restaurant front. 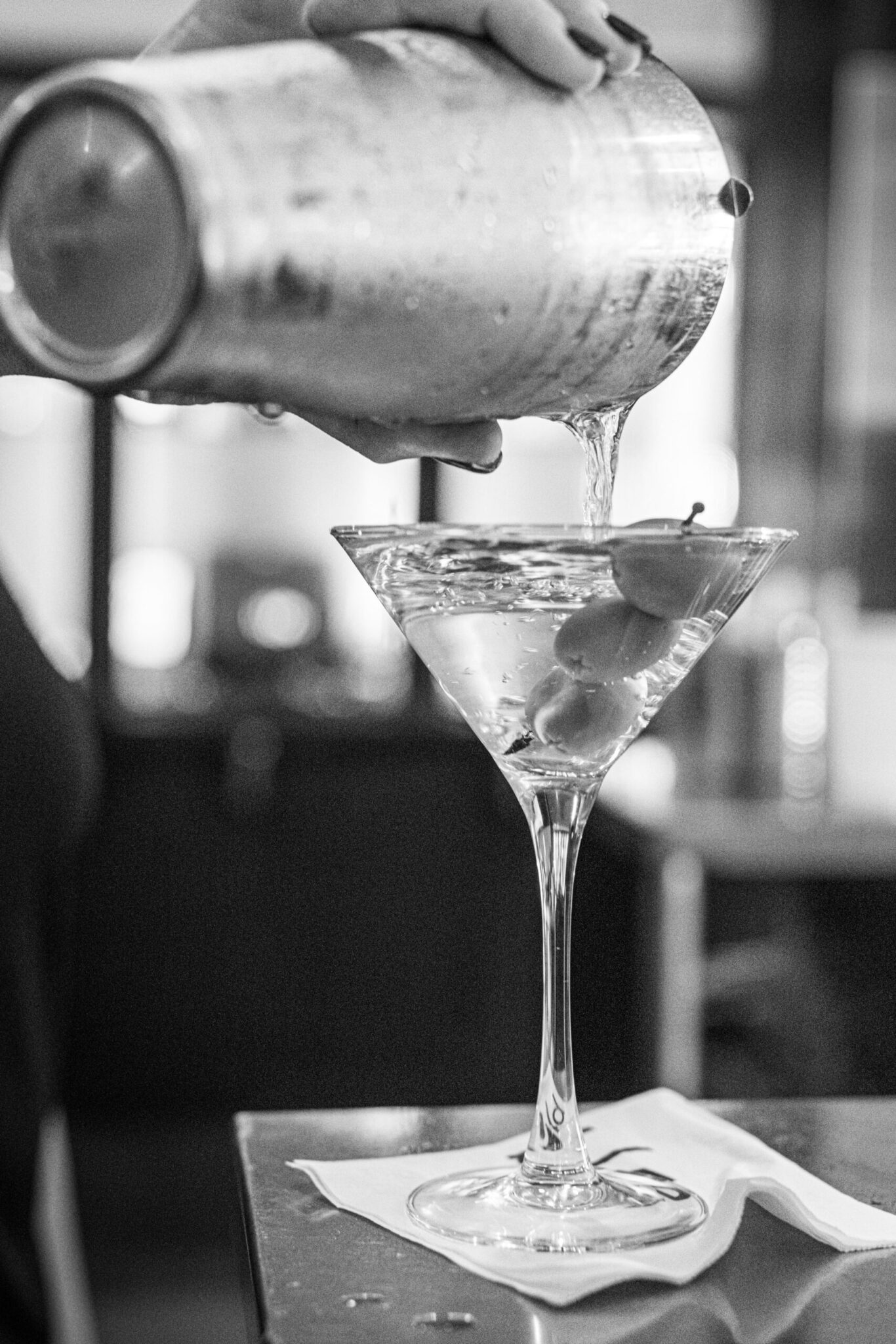 Putting your stamp of approval on voluminous and highly diverse menus makes it difficult to play favorites, but George Paxos agreed to play a lightning round of his go-to bites and sips. See the restaurant websites for details and descriptions.

Torre
Fajitas Carne Asada, grilled skirt steak with flour tortillas and all the trimmings; Torre Margarita, the house specialty that took 3 months of development (and tasting) to perfect.

As seen in the Summer/Fall 2021 Issue